Marriott International is the world’s largest hospitality brand. With more than 4500 hotels, 18 brands and 300,000 employees, Marriott turned to Evviva to find and express the brands’ shared DNA. 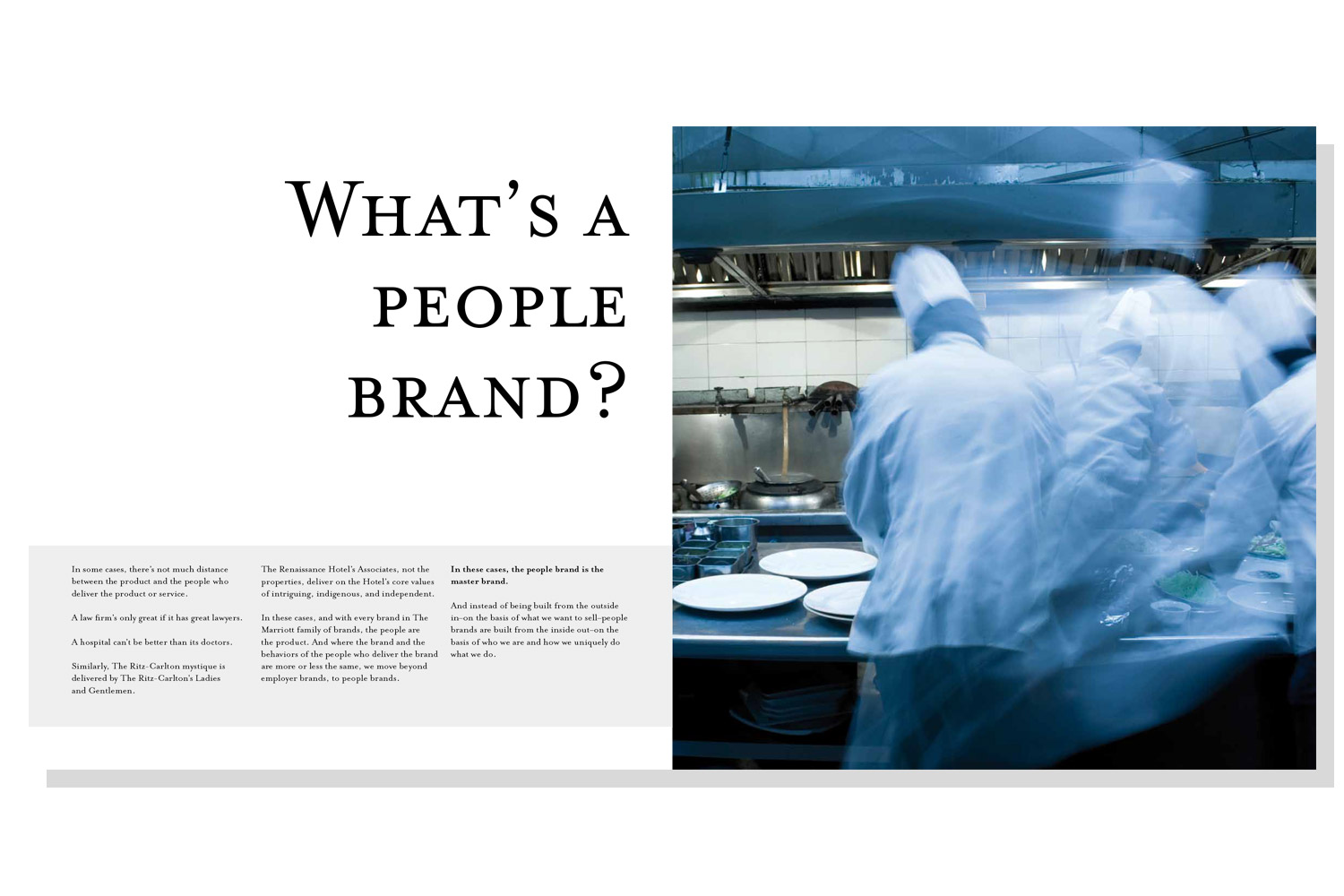 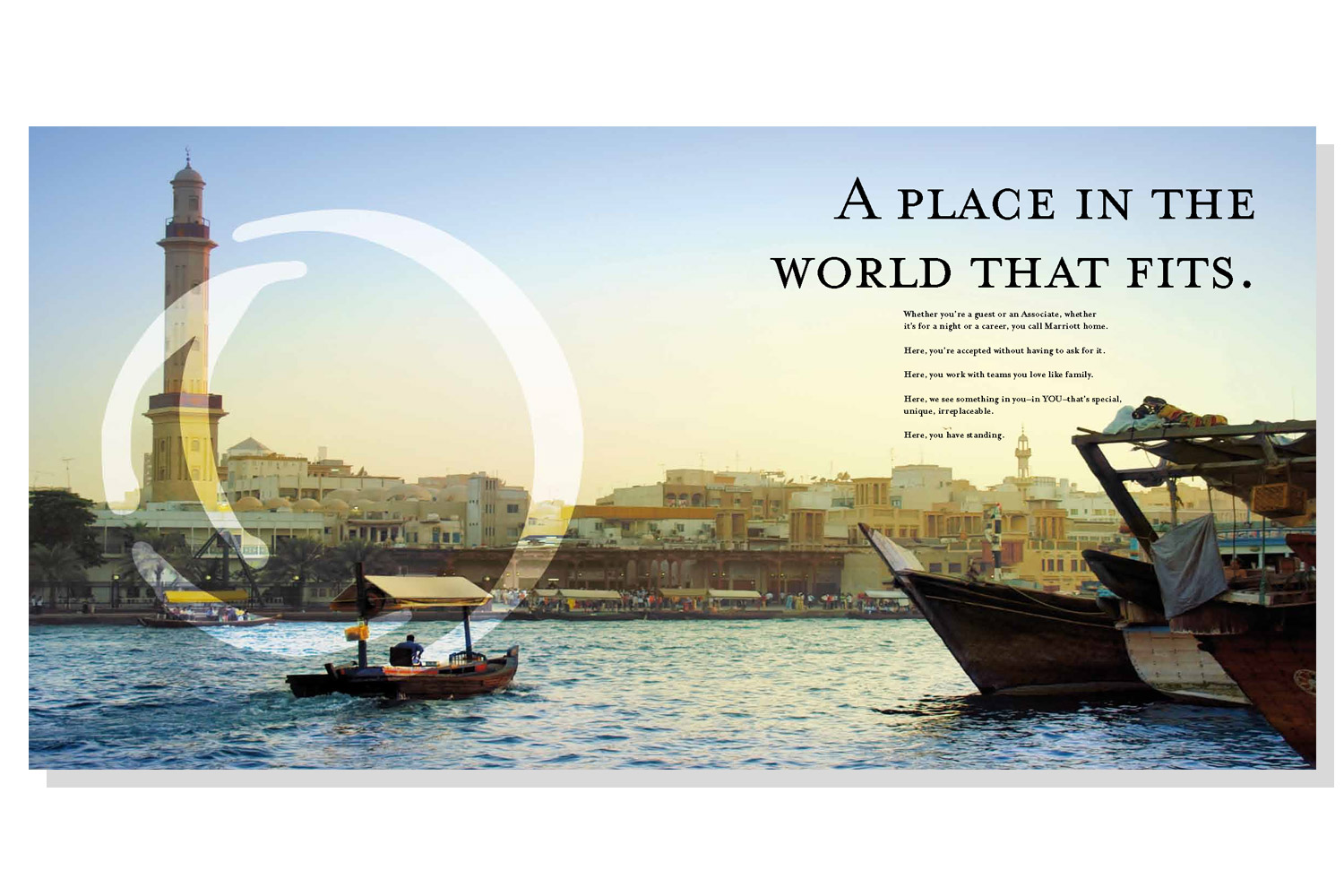 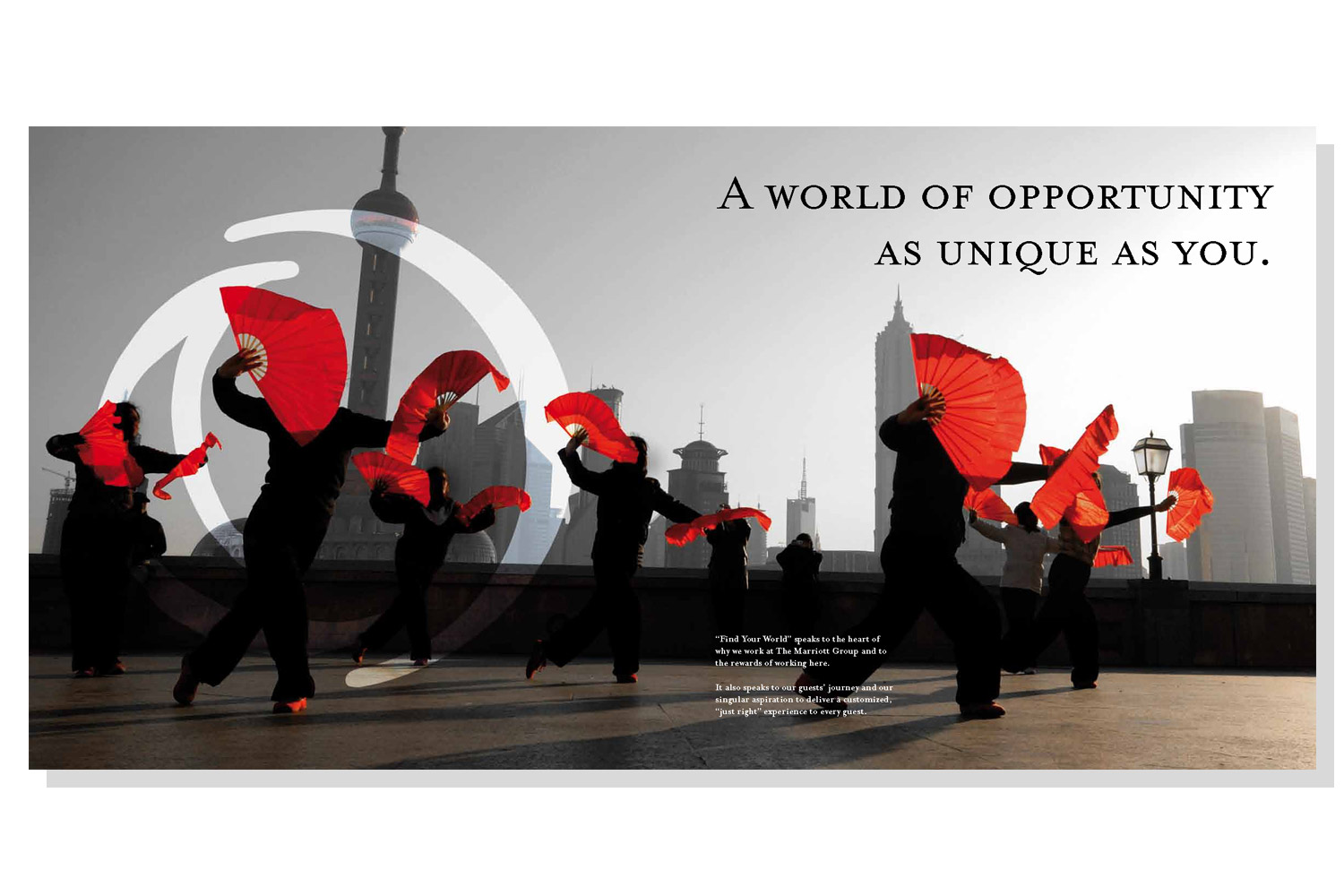 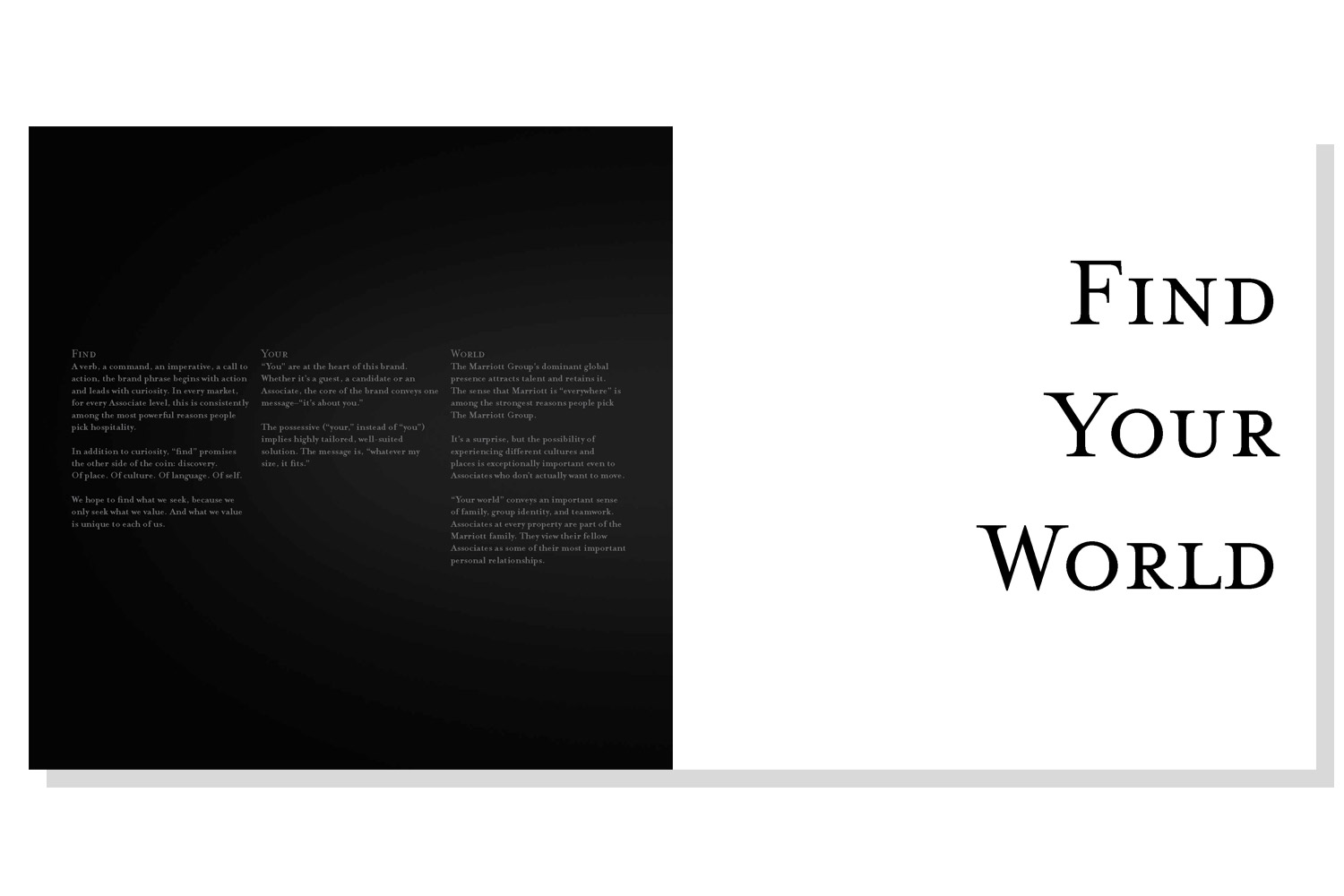 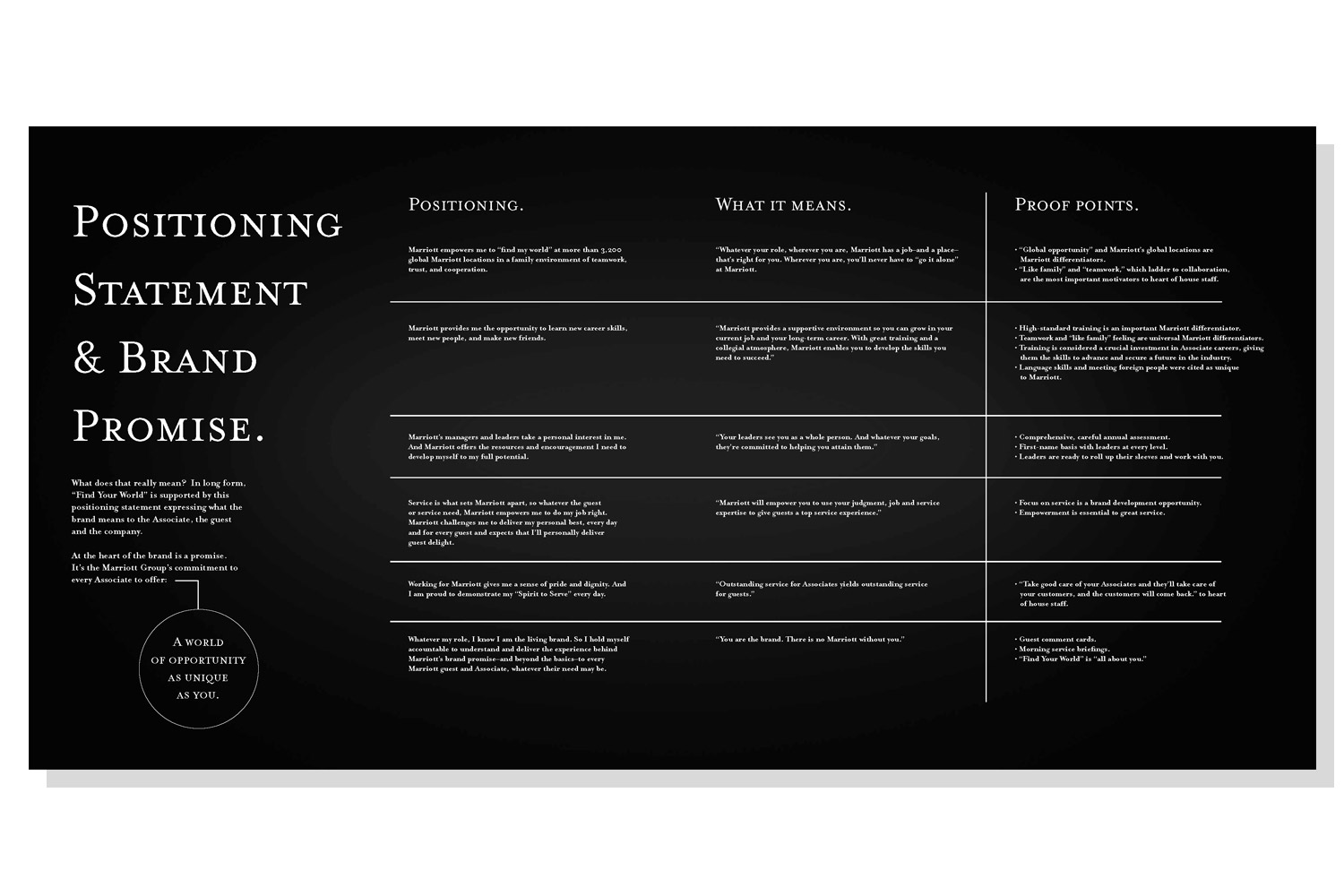 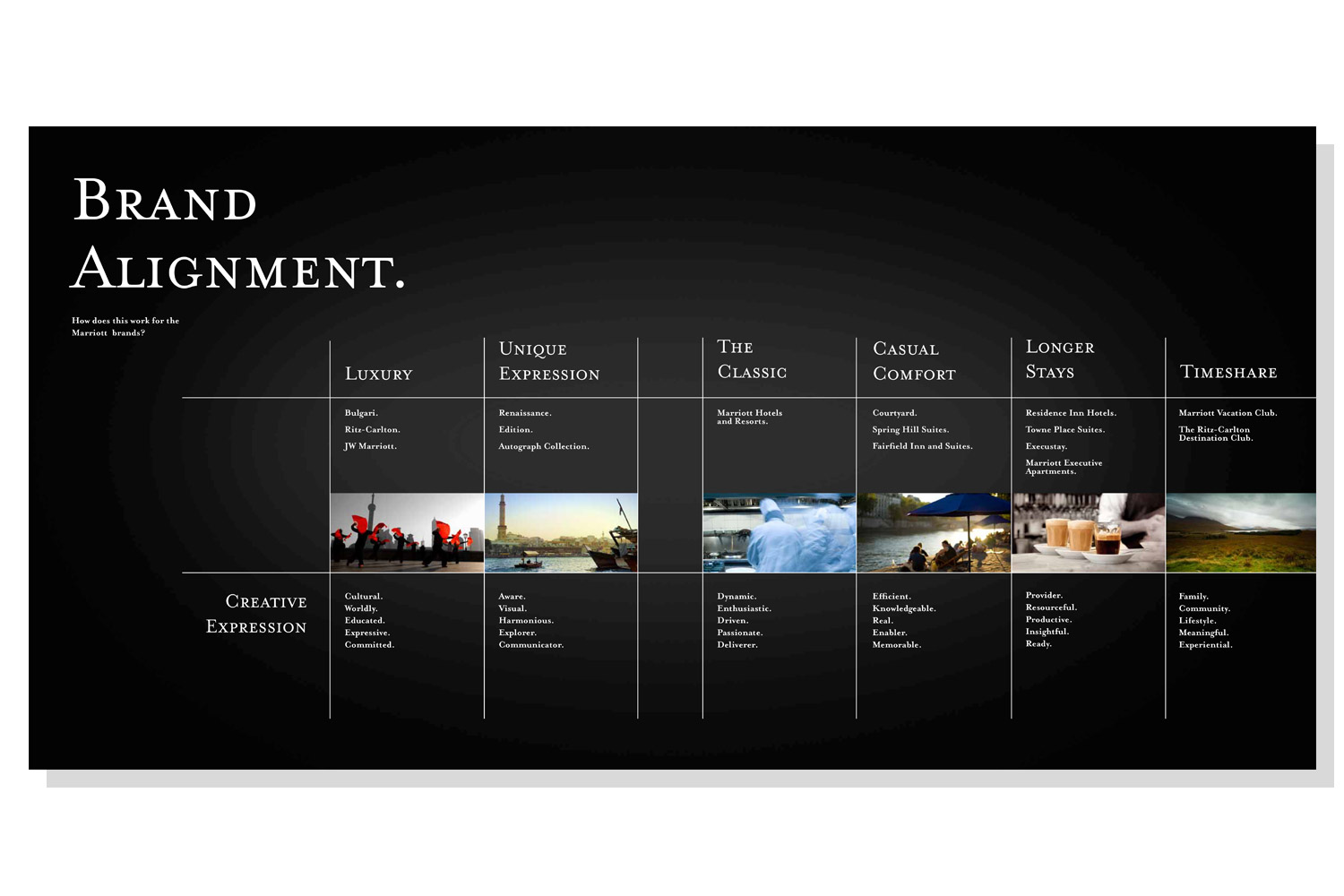 Marriott engaged Evviva to develop a clear, relevant, resonant global employer brand. This position would have to speak to talent in emerging markets—and fill 50,000 jobs—many in countries where brand recognition is low, barriers to entering the hospitality field are high and social media participation is ubiquitous.

By conducting interviews with Marriott leaders, Evviva learned that the most important brand differentiators weren’t the “brass and glass” but the guest experience. Guest research confirmed these insights and set us off to find service-based universal truths. We knew people often base employer preferences on brand recognition—if it’s a good brand, people assume it must be a good place to work.

That’s good news in markets where the Marriott name is known, less good where it isn’t. To further complicate things, the world of Western–style hospitality was incomprehensible to those who had never experienced it for themselves—how could someone imagine what it would be like to work somewhere they couldn’t even imaging going?

Research and concepting led us to Find Your World, a powerful line that elevates the brand and connects it to Marriott’s strongest differentiators for hospitality talent. Our research also demonstrated a causal relationship between staff-to-staff service and guest satisfaction scores. We found when hotels shifted focus from training on cost management to creating opportunities for staff to serve staff they experienced an increase in guest satisfaction of up to 30%.  Our deliverables for Marriott ranged from a brand style guide, launch campaign and an internal communications suite to a host of supplemental materials from targeted apps to games to ensure Marriott’s is an easy target for talented people to find.

As the result of Evviva’s work, Marriott won Employer Brand of the Year (ERE) and in the following year grew their Facebook follower base from fewer than 14,000 to more than 1,000,000 to become the most-followed employer brand on the internet. Evviva’s work also resulted in significant earned media including feature stories in top global publications including The Wall Street Journal, USA Today, The Financial Times, The Economic Times and the Times of London.

Marriott was so pleased with the work that was featured on the cover of the company’s annual report. The “Where I Belong” creative campaign Evviva developed in support of the brand line remains in use in all of the 80 countries in which Marriott hires talent and has led to dramatic improvements in hiring and retention. (Exact numbers are client confidential.)