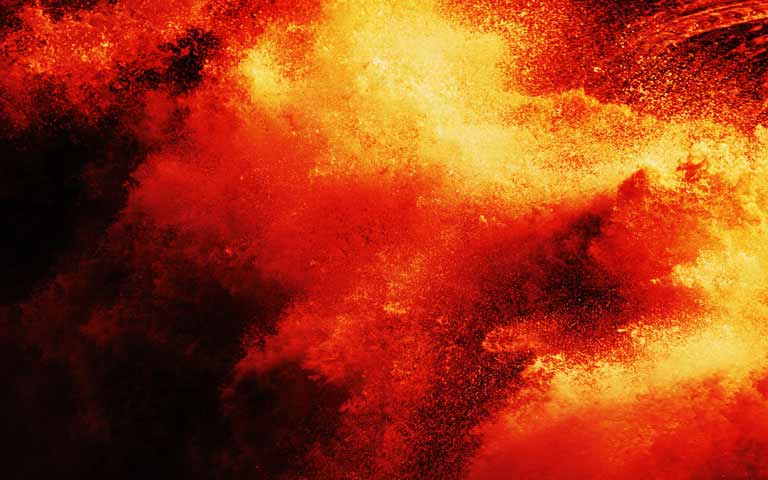 Samsung's very bad, not so good quarter is a reminder that strong portfolio strategy's as important on the downside as it is when things are trending up and to the right.

That first idea–extending brand strength–gets a lot of attention in both formal and informal marketing. The second idea–the firewall–is not discussed much except at moments of crisis. So for most of us, it’s not top of mind when we think about brands. But if you’re in business, you should think about portfolio firewalls often, because when portfolio elements go wrong, they do a lot of damage. There may be no better example of this than what’s happening right now with the ongoing phone fallout at Samsung.

Let’s start by accepting the obvious: every time a company trips and falls, it hurts its brand too. In 2010, when the Deepwater Horizon rig suffered a catastrophic blowout, it did massive damage to BP’s brand reputation, stock value and balance sheet–$62 billion at latest count. (It didn’t help that Landor had persuaded BP to change the meaning of their initials from British Petroleum to “Beyond Petroleum” in 2001, for which they received an Effie award from AMA in 2007.) While the folks at BP (and Landor) certainly felt good for awhile, Deepwater showed BP they’d caught a tiger by the tail. For BP, there was no way to contain the damage. But while this was a brand crisis, it wasn’t a portfolio issue. Despite the marketing around the company’s name change, despite brave words about environment and sustainability, everyone knew BP was in the oil and gas business. So this disaster demonstrated rot at the operational core.

Now, there may also be rot at Samsung. It seems very clear that the company paid dearly for the decision to  do their own fire testing, to rush this product to market to beat Apple’s product release cycle and paid again when they rushed a fix to market without having been able to replicate the problem. As a result, the fix also failed and they had no choice but to kill the product. In isolation, each of those decisions is defensible. In aggregate, they point to the same sorts of systemic problems Deepwater Horizon laid bare for BP. So we suspect things will get worse, both in terms of external fallout, which we can expect to see continue for some time, and internal shakeups, which Samsung would be well advised to let us know about, before they get better. The difference between Samsung and BP, of course, is that Samsung isn’t just in the phone business and doesn’t have just one line of phones. So from a portfolio standpoint, that’s where things get interesting, portfolio strategy gets important, and whether or not there are firewalls between product lines can become an existential question.

If you’ve been following this story, you probably know the product in question is the Samsung Galaxy Note 7. Or, to be more precise, you know it’s the Samsung 7, you think it’s a Galaxy, and you wouldn’t argue if someone said it was the “note,” though you could probably be persuaded it was the edge or just the S7. If you follow Samsung closely–or own one of the products–you’re more likely to know that’s one of several product lines in their portfolio, which also includes the Galaxy S7 Edge and Galaxy S7.
Fire notwithstanding, it makes one wonder: why make things so confusing?

From a portfolio standpoint it probably seemed sensible to share the “Galaxy” line name and the “7” series name across phones–and to distinguish them by their functional differentiator (edge or note). But when the Galaxy Note 7 started to catch fire, the perceived fire quickly spread to the other 7 series and Galaxy-named members of the portfolio. This hurt them far more than they would likely have been hurt if the brand team had given more thought to creating product firewalls through more careful naming. (Even with careful naming, when a brand’s as well-known and spread as thin as Samsung, brand rot can easily spread across the whole brand family if similar quality or product problems appear widespread.)

What should that have looked like? It’s difficult to say without access to the data that drove their original taxonomy. Samsung’s phone business has always been a bit of a mess, but given Apple’s dominance at the highly-specialized “best of the best” end of the marketplace, Samsung’s approach may have reflected a sensible business strategy of creating niche products for every niche they could find. Their lines have been decluttered some over the last few years but remain dense with similar products. Given this wide product array, the speed to market pressures every equipment maker faces and their distractingly wide non-phone business, which ranges from semiconductors to range tops, at a minimum, Samsung should have had only one element connecting their major phone product lines.

What does that mean? In plain English, Samsung should have let these products share either the series number or the product line name, but not both. If the “Aspire Note 7” had caught fire, it wouldn’t have led to as much confusion: people would easily have distinguished between the Aspire Note 7 and the Galaxy Edge 7. But with two Galaxy 7 lines in the market at the same time, asking consumers to trust one and to ship the other back via ground carriers is asking a lot.

Alternatively, Samsung could have elected to stage the series number, offering a Galaxy Note 6, a Galaxy S7 and a Galaxy Edge 8. These are actually easier to distinguish–surprisingly, our minds appear to make larger distinctions  between low numbers (<12)  than words. But for Samsung, this would have likely created a secondary risk that they pushed too many sales toward the product with the highest number, since we’ve all been conditioned to assume the higher number indicates a newer generation of technology.

Whatever the case, Samsung’s very bad, not so good quarter is a reminder to all of us that portfolio strategy is just as important on the downside as it is when things are going up and to the right.

Samsung today made two stunning decisions. The first, to sell refurbished–and hopefully fixed–versions of the Galaxy 7 phones. The second, to launch a new phone named simply, S8. The hope appears to be that recall of the number “7” will be strong enough to help consumers distinguish between this version and all prior versions from other series (Galaxy, S7, Edge, etc.). We’ll see how that works for them soon enough.

David earned a PhD in English (rhetoric) from the State University of New York at Stony Brook. Prior to founding Evviva Brands he was Head of Global Brand Strategy for TMP Worldwide.